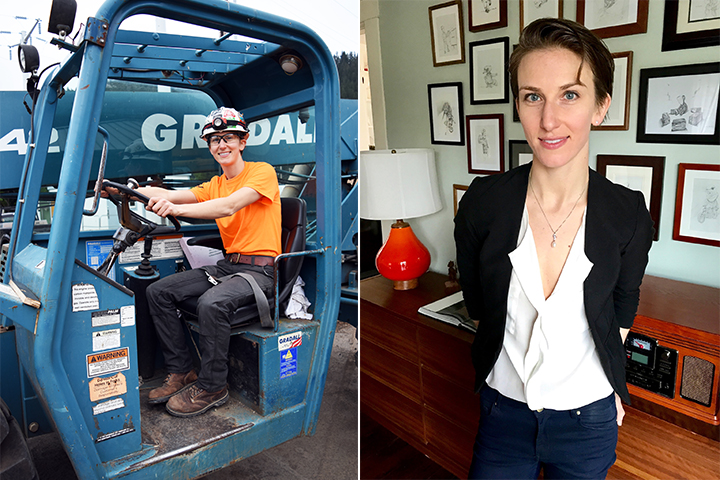 Sarah Roberts has been with Bremik Construction since 2016 and is currently a carpenter on Bremik’s PGE Faraday phased tenant improvement project. The Indiana native graduated from college with a Bachelor of Science in Communication, served two years with the Peace Corps in the Dominican Republic, went on to graduate school at Indiana University and received a Master of Public Health, and provided project supervision, program administration, and communication/website management for the State of Indiana and Multnomah County. It wasn’t until hearing about Oregon Tradeswomen’s seven-week pre-apprenticeship program that she began contemplating a career change.

“When I was working for Multnomah County, I met a woman carpenter who spoke so passionately about [her trade] and using it to help others. I was very inspired by her, especially since she was the first woman carpenter I had ever met. Once I realized other women were in the trades and crushing it, I knew I had to give it a try…I enrolled in the [pre-apprenticeship] program, really enjoyed it, and decided to switch to a career in carpentry,” says Sarah.

Though Sarah finds being a skilled tradeswoman fulfilling, she says that the lifestyle adjustment of moving from office to field work was rather grueling. Early on, she had difficulty lifting the coffee pot each morning due to sore wrists and the overall physical impact on her small frame. Sarah has also grappled with finding her place in the field, beyond just her status as an apprentice. Besides having to feel out variations in communication styles, coworkers, and job tasks, she still has to regularly overcome people’s perceptions of her ability and desire to be a carpenter.

“The constant unknowns caused my confidence to waver at times and [have] made me question who I have to be to fit in and succeed. I’ve learned that I should remain true to myself: I am a small, female carpenter, I am an earnest and sensitive person, I am strong and smart and talented, and I deserve to be here…I love the comradery of the women in the trades and empowering one another to be successful. Although carpentry is hard work, it feels good to be active and to constantly problem-solve issues in practical and creative ways,” Sarah says.

Sarah credits the support of both her PGE Faraday Superintendent Stone Rose and her partner Lauren with allowing her to continue her professional growth. “[Stone] seeks out teaching moments and is always available for any questions I may have. Not only does [he] teach about Bremik’s core values—he himself encompasses them in a way that is constantly applicable to my training… Lauren left a long, successful career in advertising to seek out a more fulfilling life, starting over in her career by becoming an electrical apprentice. She is the bravest, most hard-working and discerning woman/person I know,” she says.

Outside of her daily project work, Sarah enjoys being able to use her technical knowledge to fix issues on her home, help friends, and volunteer in the community. When she’s not practicing carpentry though, Sarah loves exploring Portland’s food and beer scene, camping, playing epic saga board games, going to small neighborhood movie theaters, and seeing local plays, musicals, and cabarets. 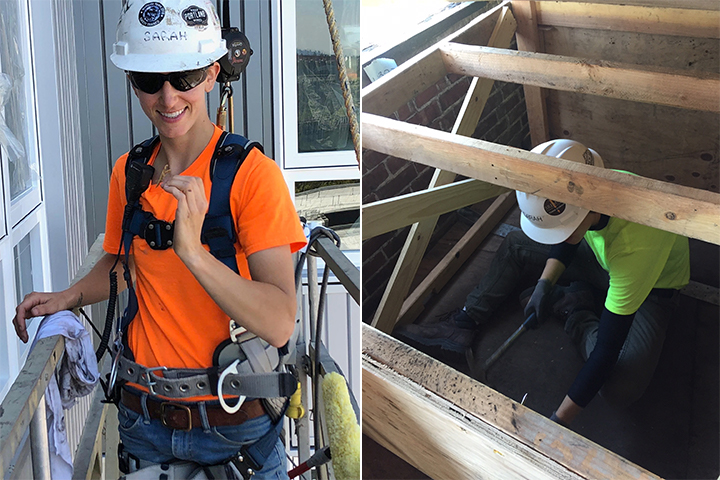 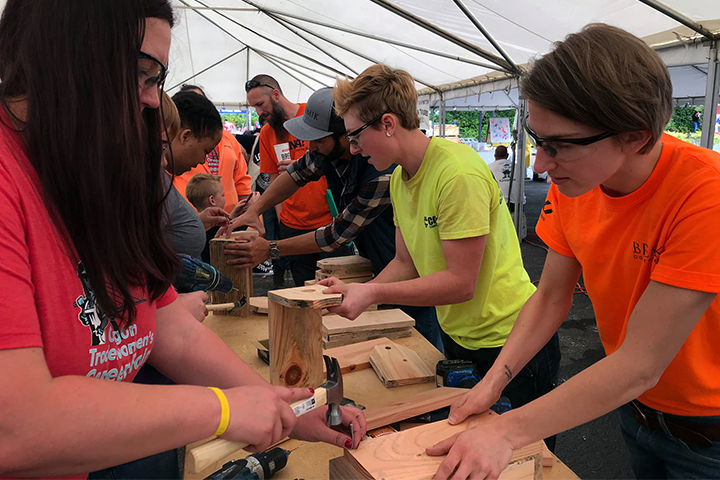 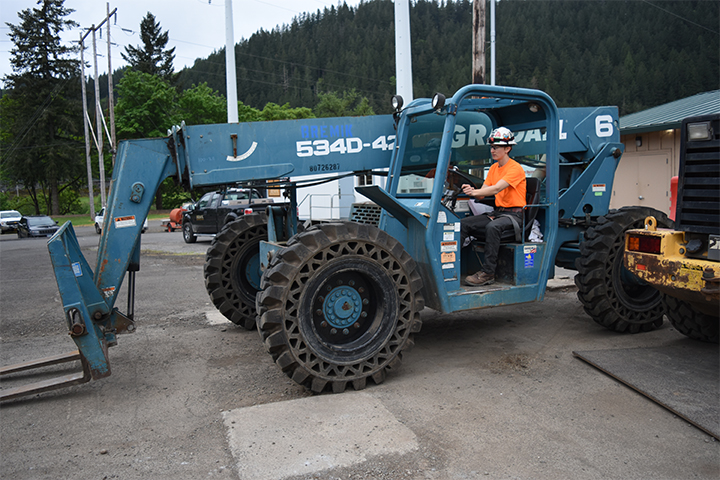