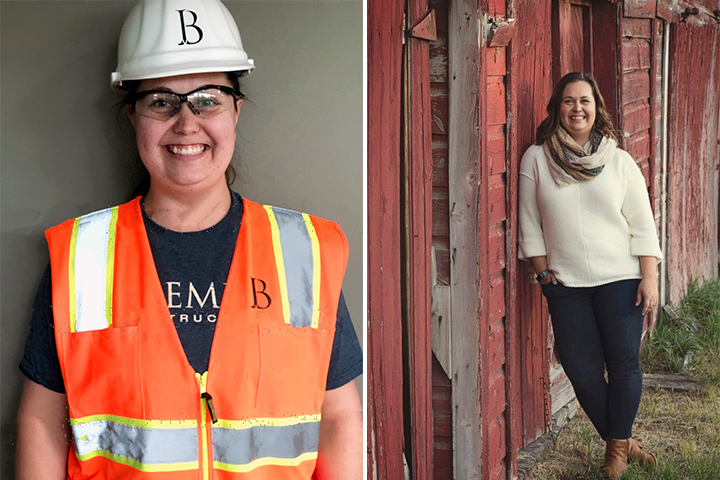 A recent Civil Engineering graduate from Montana State University, Kalie comes from a family of engineers. “My dad and all of my uncles are engineers, and I knew that was a path I would probably go down. Once in school though, I found I liked construction and the idea of being on a job site more than being in an office doing structural calculations,” she says.

Kalie says her favorite thing about working in the field is seeing smaller pieces and components come together in a precise order to form a completed project. She also appreciates that there are ample learning opportunities through Bremik; within her first six months of being with the company, she was already able to go through Trimble equipment training.

When it comes to being a woman in construction, Kalie says that sometimes it can be tough because she doesn’t initially know how the crew will react to having a female Project Engineer. She says she’s been lucky with her experiences so far though, since she has yet to face any issues. Kalie believes it’s all about being confident in your abilities and holding your own ground.

Outside of her time spent in the field, Kalie spends her time playing volleyball and soccer, hiking, exploring Portland, and baking. 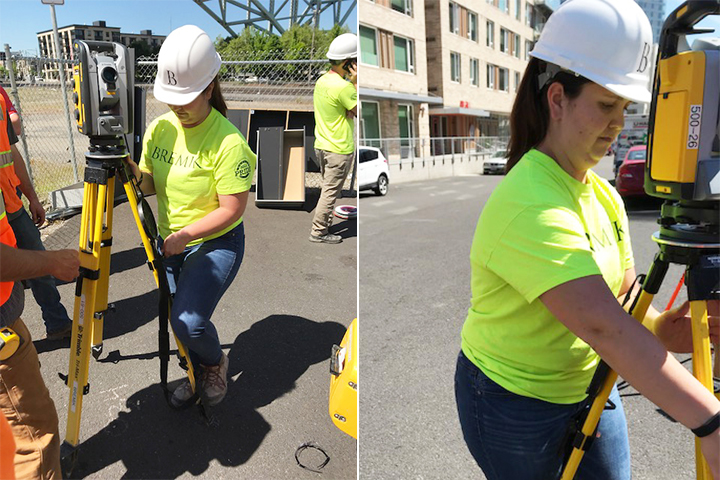 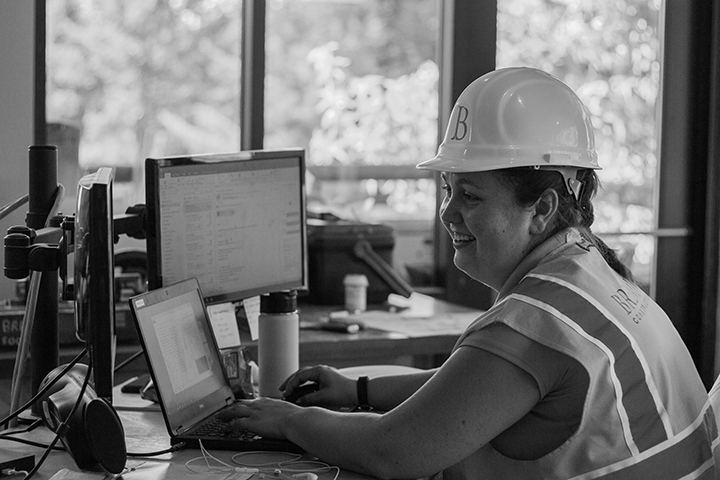 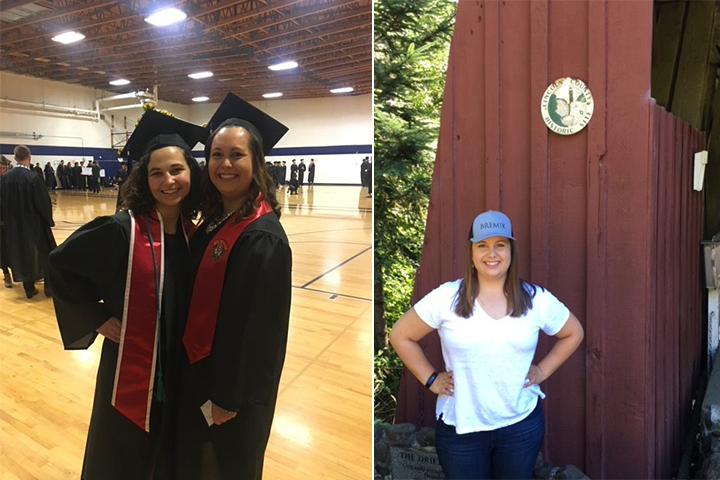